Although CrossFit is a combination of different disciplines, there are a few moves that form the basis for everything you do.

Master these moves and you’ll be on your way to setting the scoreboard alight as you lift heavier and move faster than others in your box.

And you could forever be the person at the back, struggling to make time as you fall further behind and fail to match the others.

Want to know what these moves are?

Read on to find out. 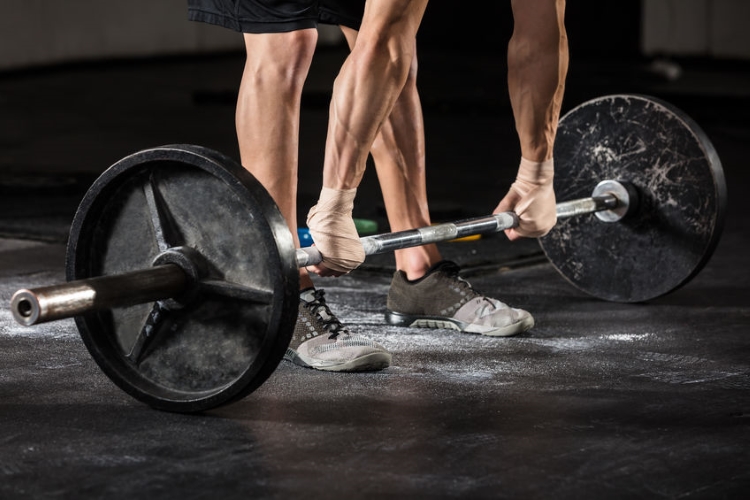 Master the Foundations Before you Begin to Grow

Before you can really succeed in anything, you need to have the foundations down cold.

A Tennis player that can’t return will never be a great player, no matter how fast they can move their feet, how hard they serve or how much power they can deliver with their backhand.

If you’re a boxer with tremendous punching power but you pay no attention to your footwork, you’ll only get so far before eventually getting knocked out.

How many soccer players do you see that run with the ball, whilst looking down at the ground to make sure the ball is still there?

You need to work on the foundations first, only then you can develop your skill-set and start to see all round improvements in your sport.

CrossFit is the same, being naturally strong may be helpful in some situations but to really go to the next level, you need to truly understand the technique.

CrossFit has identified 9 foundation moves that they say every CrossFitter must know, once mastered,  they say these moves will provide you with a base from which to grow and develop your skills, lifting heavier weights and progressing faster than before, as you crush the CrossFit WOD.

Mastering the technique of an air squat can reduce the pressure on your body and joints and reduce the risk of injury.

•    Feet should be shoulder width apart
•    Hips descend back and down
•    Hips are lower than the knees
•    Maintain a slight lumbar curve
•    Keep the heels down
•    Knees should be in line with your toes
•    Ensure you fully extend the knees and hips.

The front squat is like an air squat, but with a bar. Front squats load the quadriceps more and are often favored by many athletes for that reason.

•    Feet shoulder width apart
•    Hands should be just outside of your shoulders
•    Keep your fingertips in a loose grip on the bar
•    Elbows should be high to avoid the bar lowering
•    Hips go back and down, lower than the knees
•    Maintain a slight lumbar curve
•    Keep the hells down, push through the heels when pushing back up
•    Knees should be in line with toes
•    Complete full hip and knee extension

A great core stabilizer, the overhead squat requires great technique and an ability to maintain symmetry throughout.

•    As with previous squats, your feet should be shoulder width apart.
•    Keep a wide grip on the bar
•    Push shoulder into the bar
•    Armpits should be facing forward
•    As with all squats, your hips descend back and down, lower than the knees.
•    Maintain a lumbar curve
•    Keep the heels down
•    The bar should be over the midpoint of the feet
•    Knees should be in line with the toes
•    The move is complete at full hip and knee extension

The shoulder press works your biceps, lats, and pecs whilst still working your core and legs. Body position is vital in the Shoulder press as is maintaining full control and not rushing the movement.

Whereas the Shoulder press is strict and doesn’t allow for movement or bending in the knees, the push press is slightly different.

Your technique is similar to a shoulder press.

•    Hip wide stance
•    Hands just outside shoulders
•    Elbows just in front of the bar with a strong grip
•    The bar rests on your torso
•    The torso dips straight down
•    Then the hips and legs extend and you press upwards
•    Keep the heels down until the hips and legs extend
•    The bar moves over the middle of the foot
•    The move is complete once you have fully extended at the hip, knee, and arms

The Push Jerk is all about power and should not be underestimated.

•    Hip-wide stance
•    Hands just outside of the shoulders
•    Elbows just in front of the bar
•    The torso dips down slightly
•    Hips and legs extend rapidly then press the bar
•    Press the bar overhead
•    Heels stay down until the hips and legs extend
•    The bar moves over the middle of the foot
•    The move is complete once the hips, knees, and arms are extended

A staple of gyms the world over, the Deadlift builds overall strength and power, working your whole body.

•    Feet should be slightly wider than shoulders
•    Hands placed just outside of the hips
•    Keep a strong, tight grip on the bar
•    Shoulders slightly in front of the bar
•    Maintain lumbar curve
•    Hips and shoulders rise at the same time
•    The bar moves over the middle of the foot
•    Keep the heels down

A progression from a traditional Deadlift, the Sumo Deadlift High Pull has a lot of technical considerations, which are all there for your own safety.

•    Feet should be hip-width
•    Hands inside legs with a strong grip on the bar
•    Knees in line with toes
•    Shoulders slightly in front of the bar at set up
•    Maintain the natural lumbar curve
•    Hips and shoulders should rise at the same rate
•    Hips then extend
•    Heels down until hips and legs extend
•    Shoulders then shrug, followed by a pull of the arms
•    Elbows move high and outside
•    The bar moves over the middle of the foot

When done correctly, the Med ball clean works the glutes, hamstrings, thighs, and core, plus it develops your shoulder, arm, and back strength. This truly is a full body workout.

CrossFit officially recognizes these moves as the essential foundations for anyone starting CrossFit, they teach it to their coaches and drill it into them so they will pass it on to you.

They do this for a reason.

If you find any of these difficult, it is very likely you will find other moves in CrossFit equally as hard and as a result, expect to see your performance suffer.

Don’t leave it to chance, CrossFit has outlined these 9 moves for a reason and they have said over and over again, that mastering them will help athletes to improve their all-around performance.

Many boxes offer you the chance to attend an open gym session and work on your technique, find a time that works for you and start mastering these 9 skills, once you have, expect to fast track your CrossFit development and watch your name shoot up the WOD leader board.