Are you interested in running but unsure what the real benefits are and if it’s worth your time? Read on to see why running could be just the thing you need.

Recognized as one of the best forms of exercise, running requires no equipment other than a pair of shoes and somewhere to go, but why is it so popular and what are the benefits? 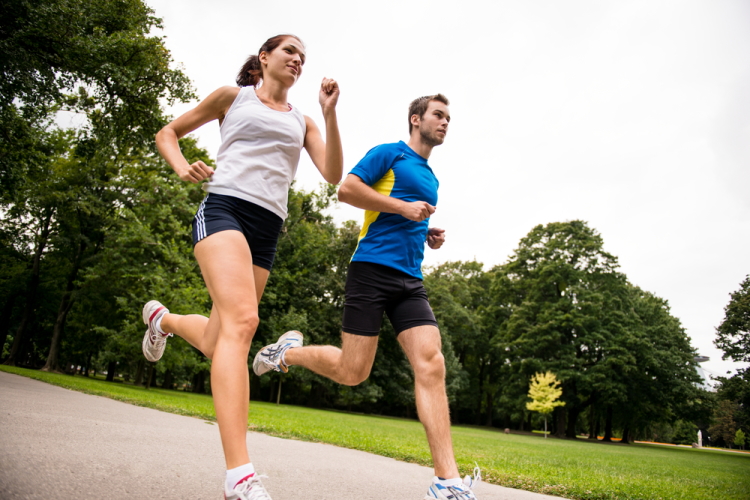 In this article, we take a closer look at the benefits of running, one of our oldest forms of exercise, and assess why you need it in your life.

What’s All the Fuss About?

Running has got a bad rep over the years that we don’t feel is justified. As with any exercise, there will be drawbacks, but people like to focus on the negatives, instead of appreciating the positives.

There are so many benefits to running, and when you take a closer look you can see that it truly is one of the best forms of exercise out there.

Let’s take a closer look at some of the top reasons why you should take up running.

1. Improve Your Overall Health and Fitness

As with all forms of exercise, a movement that activates the entire body and works multiple joints at once can have huge benefits on the body. Running is no different.

Not only will you improve your movement, efficiency, speed, and agility but you will also train the cardiovascular and respiratory systems, which are vital for keeping you fit and healthy.

Running can help you to move better, feel better, and reduce the risk of developing a whole host of diseases and health issues as it boosts your immune system.

You’ve heard the old saying? “If you don’t use it, you lose it”, well at the very least, by running, you are using your body and keeping everything working.

It goes without saying that the healthier you are, the less at risk you have of developing diseases such as hypertension, diabetes, strokes, and lung disease.

Although it’s not always as simple as this, many of these issues can be prevented by having a more efficient body where blood can flow freely and oxygen can be utilized efficiently.

The fitter and healthier you are, the easier it is for your body to work and your organs to perform their roles. By living a healthy life, full of exercise, you are building a strong body that is more capable of fighting off diseases and germs and keeping you safe.

Not only does running give you high calorie-burning potential, but it can also help you to build a stronger body, that continues to burn calories after the exercise has finished.

For optimal impact, you should also change your habits, but by introducing running into your schedule, you should start to see improvements in your waistline.

Plenty of people exercise to lose weight, change their body and improve how they look, whereas for some people, exercise is simple a way to clear their mind and work away the stress, and if that’s your goal, you can’t go wrong with running.

There’s no better feeling than lacing up your sneakers and heading out into the world as you challenge your body and clear your thoughts.

You don’t have to go far, or fast, but by running in those moments where you just need to get away, you can dramatically improve your well-being.

With so much stress in the modern world, it can be difficult to find a way to switch off and relax, but the great thing about running is the flexibility. You can run whenever, and wherever, indoors or outside, making the perfect environment for you to take the stress away.

5. Gives you Something to Work Towards

So many people go through life without having any major goals to work towards or things they want to accomplish. Some people do, but as they age they say goodbye to their dreams and fall into the rut of life. Well, running is full of challenges that you can take up and there’s always a new goal just around the corner.

It could be running your first mile, entering your first race, or beating your previous best, but there is always something to work towards and a goal you can achieve.

Having goals like this can give you a sense of accomplishment and make you feel better and more positive in your day to day life, plus you’ll feel even better when you achieve your goals.

No matter how good or bad you feel, exercise will make you feel better. That’s what a study published in Medicine and Science in Sports and Exercise revealed. And it’s not just that runner’s high that they’re talking about. Researchers found that even a short session of exercise, such as 30 minutes of walking, could lift the mood of anyone, even those patients suffering from depressive illnesses.

Keep that in mind on those mornings when you have to almost throw yourself out of the front door!

Moderate exercise can also help those with stress and anxiety disorders, even after they’ve finished a workout. In fact, a study in the Journal of Adolescent Health showed that you could improve your mood, sleep quality and concentration simply by running for 30 minutes throughout the week for a period of three weeks.

In another scientific finding, a research team showed running lead to a decreased craving of drugs, alcohol and even addictive food substances.

During the test, participants ran for one hour then were offered a range of food choices. Participants tended to choose vegetables over the junk food offered.

The results were the same when marijuana was offered in place of the the junk food. The daily marijuana users reportedly experienced a steep declines in their daily use and the intensity of their cravings.

“Running is bad for your knees.” We’ve all heard it, however, it’s simply not true. Running not only helps to slow down bone loss as we age. It is also known to increase bone mass over time.

“We know from many long-term studies that running doesn’t appear to cause much damage to the knees,” Felson said. “When we look at people with knee arthritis, we don’t find much of a previous history of running, and when we look at runners and follow them over time, we don’t find that their risk of developing osteoarthritis is any more than expected.”

9. Running Protects the Brain From Aging

According to Time Magazine, running is shown to slow the aging process of the brain. The experiment saw scientists test two types of activity to determine which was better for the brain over time: brain games and physical exercise.

The results showed that physical exercise such as running and other cardio showed a lower rate of brain age and mental decline in the elderly.

10. Running is Great for Your Heart

11. Running Helps in Working Out the Core

Running as an exercise is important for working out not only the abs but also for your stabilizing muscles such as those in the lower back and deeper within the core. These muscles are responsible for maintaining a good posture, stabilizing your spine and managing the transfer of energy between your arms and legs in motion.

Running requires more fuel than other exercises, meaning more calories are burned more quickly. In fact, according to The American Council on Exercise, the average person running a 10-minute mile on flat ground can burn around 11.4 calories per minute!

While this number will vary depending on a number of factors, such as body composition, weight and height, it is a number than can be adjusted by simply running further and harder for longer. Best of all, you don’t need any equipment to continually challenge yourself! Just your own two legs and a decent pair of running shoes.

While too much exercise can lead to bone loss and stress injuries, seasoned athletes are possess an advantage over those who don’t exercise. As we have already discussed, running improves knee health and aids in strengthening the attached tendons and muscles.

This stability means that as runners age, their stability remains strong and their balance, even at an old age, can help in preventing falls and broken joints such as are usually suffered by the elderly.

A recent study published in the “American Journal of Respiratory and Critical Care Medicine” reported that cardio such as running can “improve asthma control significantly.”

For some, asthma can be initially be exacerbated by exercise. But for others it can become a means for improving and controlling their condition, as well as strengthening the breathing muscles and improving lung health in general over time.

If you suffer from asthma, speak with your doctor before taking on a new exercise regime.

In a study carried out on adolescent girls showed that after the participants ran laps, they exhibited higher levels of self-esteem. “Those who ran more laps at a faster pace achieved higher scores than those who ran less or didn’t run at all.

Overweight children who also participated in moderate exercise also exhibited the same increase in self-esteem than those who didn’t run.

There are so many health benefits to starting a running regime. If you’re ready to get started, The Starting Line recommends that you “spend at least two weeks walking or doing some other form of exercise (like using a stationary bike or an elliptical trainer) on a regular basis—roughly 30 minutes per day, four or five days per week.” Then build up slowly.

Start with runs blended with walks and ignore the urge to run as far and as fast as you can from the outset. This way you can build a strong core and develop your technique over time, meaning less risk of injury and a higher likelihood that you’ll enjoy your running journey for many years to come.

Conclusion and why you need it in your life

Whichever way you look at it, running can dramatically improve your life.

There’s no rule as to how much you should run, but we recommend trying to run 2 or 3 times a week minimum, for optimal impact.

By running regularly you can become fitter and healthier, you can lose weight, experience less stress, and become more goal-oriented. Who wouldn’t want to achieve that?

These are all incredible things that can improve your life and the good news is, it’s just within your reach.

Running is easily accessible, no matter your background and even if you start by walking a mile or so every other day, the important thing is you’ve started.

There are progressions available for every level and a bunch of different ways you can adapt it to your level or make it more fun.

It doesn’t matter what your starting point is, so long as you’re trying.

So if you’re looking for a form of exercise that can benefit your health, improve your fitness, help with weight management and generally improve your life, then grab a pair of running shoes because this might be the exercise for you. 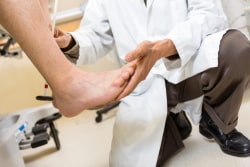 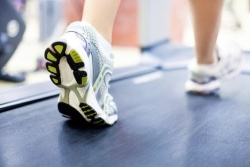 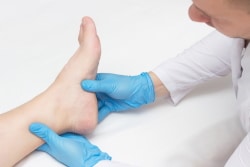 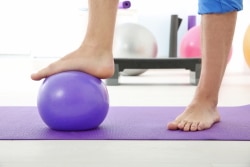