There’s a running joke that goes, ‘how do you know when someone does CrossFit? Oh, you’ll know because they’ll tell you’.

The idea being that the people involved in this fitness sensation, which has taken over the world, can’t shut up about it and want everyone to know what CrossFit is and why it’s so amazing.

In this article we’re going to explore what CrossFit actually is and see if it’s right for you, and if it actually is worth talking about. 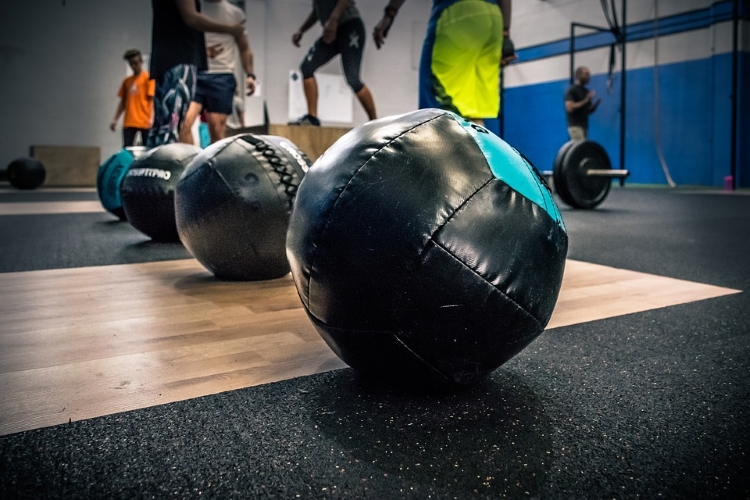 Image by Moni Mckein from Pixabay

Before we proceed it is worth noting here that as with any exercise program, CrossFit workouts can cause injuries.

Critics claim that CrossFit uses inappropriate moves and that the intensity is far too high. There is also a criticism of the qualification process, which critics say has enabled under-qualified individuals to become CrossFit coaches.

CrossFit say that by scaling your activity accordingly, modifying exercises and following its teaching properly, you will reduce your risk of injury.

They also cite 3 academic studies that highlight injury rates in CrossFit being consistent with, or slightly below injury rates found in general fitness training.

CrossFit has also been linked to Exertional rhabdomyolysis (ER), a condition which causes the muscle to breakdown due to extreme physical exertion.

A man has previously sued his (uncertified) CrossFit trainer after he developed (ER) and CrossFit acknowledge that it’s workouts can lead to ER.

However CrossFit also state that ER can be found in many sports and that people are confusing CrossFits' high awareness of ER, with high risk. A CrossFit spokesman highlighted 53 deaths in a 6 year span from USA Triathlons as proof of this.

So What Exactly is CrossFit and How Does it Work?

Created by Greg Glassman, CrossFit is a branded fitness programme and competitive sport that challenges you in every way possible.

It will make you fitter, stronger and has every possibility of making you ripped!

The creator Glassman, refers to CrossFit as “constantly varied functional movements executed at high intensity across broad time and modal domains” and it is advertised as, ‘The Sport of Fitness’.

CrossFit, in its simplest form, is physical fitness without a set structure.

Borrowing from Olympic weightlifting, High Intensity Interval Training, Plyometrics, Powerlifting, Gymnastics, Calisthenics and many other sporting practices, CrossFit incorporates different elements into its workouts and challenges you to work on your weaknesses.

Each CrossFit workout will test your strength and conditioning with a big focus being placed on functional fitness instead of specializing on one particular aspect.

CrossFit workouts are varied, piecing exercises together to form a bigger, challenging workout and it is undoubtedly unlike any workout you will find in a standard commercial gym.

Rather than focus on a standard number of sets or reps, CrossFit workouts comprise of many different exercises that are often done against a different criteria.

For time and AMRAP are two of the most popular.

The goal in a ‘for time’ workout is to complete the set workout as fast as you can.

Whereas the ‘AMRAP’ goal is to complete as many rounds as possible in a set time.

CrossFit publish a workout of the day (WOD) each and every day on their website and these are often the workouts you will be doing in a CrossFit class, it is very unlikely you will repeat one of these.

They also have some benchmark WOD that don’t change and are often used as a way of checking progress.

The benchmark WOD are named after women, here are some examples to give you an idea of what to expect.

Where Do You Do It?

The boxes are (it’s always worth checking) run by affiliates and accredited CrossFit trainers and there’s usually a great sense of community and encouragement from its members.

Most boxes offer a trial class for you to see what it is like and although the WOD is a big part of the box, they often have structured sets throughout the day where you can learn the basics, work on technique or simple practice other aspects of your fitness in an open gym session.

The training is hard, but the unique mix of disciplines has resulted in some tremendous physiques, one look at anyone who practices CrossFit consistently will prove that, although as with anything related to exercise, your diet will be equally as important.

CrossFit caters to the young and old, male or female, beginner or advanced and says that if you’re willing to work, they’ll find a place for you.

There are concerns regarding injury and ER in CrossFit, but it is our belief that as with any physical exercise, you will need to follow the instructions given, take the necessary precautions to be safe and ultimately respond to your own body.

If something doesn’t feel right, stop.

We were also encouraged by the studies highlighting CrossFits injury record in comparison to other forms of exercise.

CrossFit has grown in popularity over the years as it is completely different to anything else out there. Athletes push themselves beyond their wildest dreams in the hunt for physical glory and they look amazing.

The random nature and collection of different physical challenges that make up the workouts make CrossFit more appealing as not only does it challenge you to work on your weaknesses, but it also ensures you’re ready for anything.

With a strong community element to CrossFit, linked internationally, it’s also a fantastic way to meet people and belong to something.

Having grown in numbers and popularity steadily since its creation, we feel that CrossFit is definitely here to stay and is only going to get bigger.

As classes can be modified for all abilities and most boxes offer a free trial, CrossFit could definitely be something to consider and may be the ticket to achieving the body you’ve always wanted.