Do you make these mistakes when you run?

Whether you’re new to running or you’ve been lacing up your sneakers for years, you’ve probably received thousands of tips, suggestions, and pieces of advice, some good, some not so good. 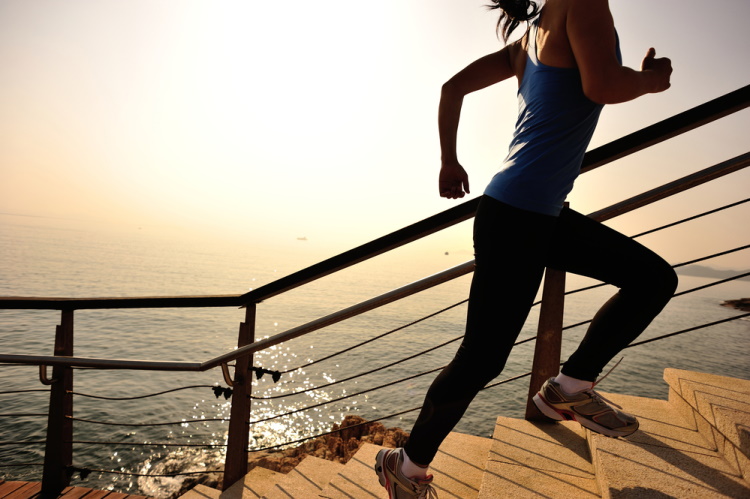 Trouble is, not everyone you speak to is an expert and quite frankly some people have absolutely no idea what they’re talking about, and if you did follow their advice, you’d probably end up hurt.

So today we’re going to have a little fun as we reveal some of the worst tips we’ve ever heard, and explain what you should be doing instead.

Running on the Pavement Will Damage your Body

Apparently running on the pavement or in some cases, outside at all, will destroy your body. We’ve heard it said numerous times (always from non-runners) that over time the constant impact on the pavement will damage our knees, back, hips, feet, and everything else. I’m not sure if they’ve ever seen a real event (and all the people running outside) but this one isn’t true.

What to do instead: Running outside isn’t a problem, but if you do get pain when you run, and it isn’t from an existing injury, go and see a professional. It could be as simple as changing your shoes or looking at the biomechanics of how you run.

Clench your Glutes as you Run

This wise piece of advice is supposed to help you train your glutes (or make you look stupid, we’re not quite sure which one). To be completely honest, this one just sounds fun to do as a warm-up, because in our heads, we’re not even sure how this would work. Just make sure there’s no one else around if you give it a try, or they might think you had a bathroom emergency, but once it’s time for the real session to begin, you can stop clenching.

What to do instead: Running does work your glutes, without needing to squeeze as you run. If you want to target them more, and really build the muscle, hit the gym and try movements like hip thrusts, Bulgarian split squats, and lunges.

There’s a lot of people out there who’ve seen one too many sports film.

They have this idea that every time you run you should go as hard and fast as you possibly can. Well aside from having different types of runs (hills, recovery, intervals), different distances, and the whole concept of pacing, running as hard as you can, would just lead to injury.

Don’t do it. It’s bad advice and will cause you a lot of pain in the long run.

What to do instead: Learn how to pace yourself properly and pick up a heart rate monitor to help you keep better track of your performance zones.

Go Out Fast to Get a Healthy Lead

Pretty similar to the bad piece of advice above, “Go out fast” is the type of advice you can expect to receive from non-runners who have no idea of how a race actually works, something you see children do when they run for the first time.

Going out hard is an easy way to burn yourself out and while it may give you an early lead, it won’t be long before the other runners claw it back as you start to lose steam.

What to do instead: Focus on your own race, especially if you’re at a new event with a variety of abilities. Approach the race with your own plan in mind and focus on the timing splits you’d already planned for.

Push Through the Pain

This is another one that you’ll get from people who watch way too much college football. Pushing through any pain will just lead to injuries and further aggravation down the line, potentially ending with a very serious injury that impacts you for the rest of your life. And while professional athletes may have access to some of the world's best medical teams, it’s likely you don’t, so keep that in mind the next time you feel a twinge.

What to do instead: This one’s simple. If you feel pain, stop. You’ll know what feels right or wrong for your body so if you know something isn’t right, don’t make it worse.

You’re Too Old to Run

We’d like to file this one in the ‘great way to prove people wrong’ category, right up there with “you’re too big to run”.

Running is actually one of the purest forms of exercise that everyone can do. And sure, while you may not carry the speed you have now into your 80’s, you can certainly still run. And here’s the good thing, the advice doesn’t change too much either. Make sure your technique is good and you’re taking care of your body and you should be good to go, so get out there and prove your doubters wrong.

What to do instead: Due to natural aging you’ll have to make some adjustments to what you’re doing now, like the routes, distances, and even where you run, but other than that you should be fine to keep going.

Don’t Eat or Drink Before, During, or After a Run… (wait, what?)

We’ve grouped this one together as we’ve heard every variation you can think of and it made more sense to address them all at once.

There’s so much bad advice out there when it comes to fueling yourself that you have to be careful you don’t make the wrong choice. What you eat and drink is a truly personal choice and the truth is you should only do what works for you. Some runners might eat a carb-based meal the night before a big run whereas others may have sensitive stomachs and find that it wouldn’t work for them. That’s fine, just make sure you are taking on food and drink and putting yourself in a position to be successful. The last thing you’d want is to pass out or pick up an injury because you’ve starved your body or food at a critical time.

What to do instead: While you do need food before and after a race and overall hydration is also important, we’d also advise you to see what works for you and use your training runs as a guide to see how your body responds to what you put in it.

Get New Shoes and Running Gear Before an Event

Unfortunately, this is one that even experienced runners fall for.

The idea behind it is that new running shoes and new running gear will feel good. You’ll get more support and a better quality product that hasn’t been used before. But the truth is when you’re turning up to run, ‘used and comfortable’ is your friend. You want something that’s ‘bedded in’ and familiar to your body, otherwise, you can expect a lot of chafing, rubbing, and riding up, which is the last thing you want, especially if you’re covering long distances

What to do instead: If you want to buy new shoes and clothes that’s fine, but get them way before the event and use them while you train. It’ll help you feel more comfortable in what you’re wearing so you don’t have any problems at the actual event.

This is a very popular one amongst certain runners, who’ll then go out and tell others not to hit the gym. They believe it’ll make you too big and muscular, which will slow you down and drastically impact your runs. Unfortunately, it’s simply untrue. Lifting weights is something that all runners should consider. First off, you’ll only get big and muscular if that’s your goal, it doesn’t just happen by luck overnight. Secondly, lifting weights is how you build a stronger body, which can improve your performance and also help protect you against injuries.

What to do instead: Aim for 1-2 weight training sessions a week. It should include compound exercises that train the entire core as well as targeting the glutes and lower body.

Take one look at the list above and you’ll notice a common theme throughout, almost all of these pieces of “advice” come from non-runners, which tells you all you need to know about following their words of wisdom. The truth is if you have questions about running, whether it’s to do with nutrition, training, or something entirely different, you should speak to people who know what they’re talking about and preferably who’ve also been through it.

That way you can make sure you’re getting good, sound advice from the right type of people.

Above all else, you know you’re body, so if in doubt, trust your gut and go with what feels right to you.

Ever received some really bad advice yourself?

Let us know in the comments below.