Without a universal standard for most workplaces, employees and workers must determine the proper slip-resistant shoe that will suit their work environment entirely. This is virtually one very impossible task for the average employee who just wants something comfortable. The truth is that many different types of shoes are rated as non slip, skid resistant or slip resistant.

However, they do not often give enough protection for professions such as nurses, doctors, chefs, factory workers and other occupations that require negotiating a slippery floor. Today, the only reliable way to make an informed purchasing decision on which no slip shoes to wear is to look at the slip resistance standards and grip ratings. This is all thanks to the health and Safety Labs who developed the GRIP rating scheme for the slip resistance of footwear. The main aim of this grip scheme is to allow you as the user to identify the best slip resistant footwear as a control measure to reduce the hazards and risks of slips and falls. If you’re in the market for a great pair of slip resistant shoes, then here’s a guide on understanding grip ratings for non-slip footwear. 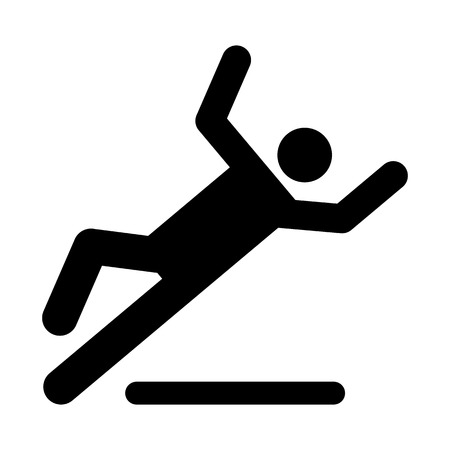 For most shoes, the safety features involving slip resistance are tested according to a set of test standards written into clauses like EN ISO 20344 as well as certain ASTM safety criteria in the US. These slip tests are carried out on a testing rig in a lab under controlled conditions using a broad range of surfaces like floors.

Similarly, some brands also use star systems that are informed by a risk assessment of the workplace. For low hazard environments, one or two-star ratings on non-slip shoes comes highly recommended. However, only three, four and five star ratings will do for high-risk areas that are prone to slips. But generally, the most popular grip ratings for non slip footwear includes the following:

If your shoes or work boots have been rated as SRA for slip resistance, then this means a few things for you. For starters, it means that your boots will be much more affordable than all the other ratings. However, it also means less of a grip on certain surfaces. An SRA rating means that your shoes have been tested on a ceramic tile floor that has been wetted with a diluted soap solution. For those of you who have ever cleaned a tiled floor with soap (basically all cleaners), then you know exactly how slippery things can get. An SRA rating guarantees that you won’t have to end up on the ground as a human mop.

Another rating that might not make your shoes as expensive as the next one is the SRB. Basically, an SRB rating means that that type of outsole has been tested on a smooth steel floor that has been coated with glycerol. While not many of you with have had the pleasure of experiencing smooth steel on glycerol, just imagine stepping on wood floors with lots of lotion on it. It’s safe to say that it makes for a more slippery surface than just tiles and soap. However, an SRB grip rating guarantees that you keep your footing even if you were crossing a river of glycerol.

This is by far the strongest and most reliable rating for any type of non slip footwear in the market. For a shoe to be rated SRC, it has to pass the diluted soap on ceramic test as well as the glycerol on smooth steel test. This means that an SRC rated shoe also meets all the requirements of SRA and SRB as well. However, it also means that shoes ranked SRC will have quite the steep price tag stapled on them. So if you would rather not compromise your safety just to save a few bucks, then the SRC rating is exactly what you need.

It should be noted that while SRA, SRB and SRC grip ratings provide for a very reliable measure of slip resistance, the test surfaces used are not wholly representative of all underfoot surfaces in real workplaces. As such, it’s up to you to identify with your environment and understand which type of outsole will suit you best. Similarly, this grip scheme only deals with slip resistance in footwear. While slips and falls are a major issue, it’s important to consider other safety requirements such as such as toe protection, anti-bacterial features, and waterproof uppers, among others. 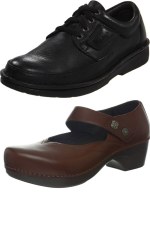